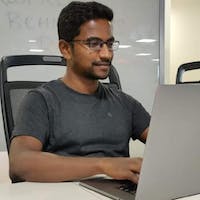 docker-time-sync-agent is a tool to overcome the time drift issue in Docker for Mac's VM that runs the Docker Engine. This issue mostly occurs when Mac wakes up after a long sleep. Docker daemon fails to update the VM's time after the computer wakes up from sleep. The result is that VM's clock will be set to a past time. This in turn will make Docker containers use that time.

So what is the problem if the containers use a wrong time ? Well, some services (like S3, Okta) will block requests originating from a source whose time is wrong. Quoting few troubles I have faced due to this time drift:

I face this issue at least once a day as I close my laptop's lid when going for a break or lunch.

From Docker forum and GitHub issues page it seems like this problem will be fixed in the upcoming releases. But for now this is a workaround. Hope this is helpful.